Twice nominated for the Medal of Honor; awarded The Navy Cross, 2 Purple Hearts, Meritorious Service Medal; The Navy Cross  in lieu of 2 Silver Stars, 6 Bronze Stars, all along with numerous campaign Medals 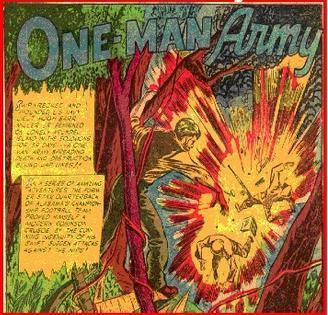 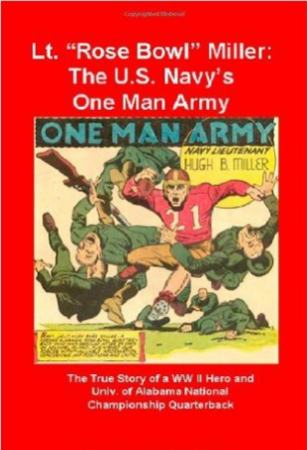 Must See Videos About The Story

click on the button above to see: The Family's personal copy. Originally shot live, ABC provided the family with a copy on 16 mm film. It was later digitized for preservation purposes.  This segment you are viewing is the family personal copy. This segment was hosted by Later President Ronald Reagan (above), since the normal host, Ralph Edwards, had been briefly hospitalized. 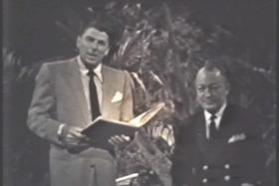 click on the button above to see: Also originally provided on 16mm film, and later digitized, you are viewing the Family's personal copy of the original Gallu Production; Season 2, Episode 6, "Man Alone"

The Only Authorized Biography,

The book, available on Amazon.com, includes the True Story of His World War II exploits while alone and behind Japanese Enemy Lines during the Solomon Islands Campaign in 1943. The entire story, as told by then Lt. Miller to Frank Tremaine, the famous war correspondent for Life Magazine (see LIFE: Vol. 15, No. 19; November 8, 1943; p. 57- et.al.), and additional personal details can only be found, with added illustrations from comic books and magazine articles about the story, in this book.

Hugh Barr Miller, Jr., known during and after the War as Lt "Rose Bowl" Miller, was also the Quarterback of the University of Alabama's National Championship and Rose Bowl Champion Football Team in 1930.

This site explores the videos, published comic books, and other, typically short derivative works about Miller; and the about page acts as additional background for the book itself.

The many books, magazines and comic book versions of the story are explored further on the "More About the Book" page (use About Button or page Selector on the Top of the This Page). Typical of these is the story below that appeared in Male Magazine in the early 1960's. 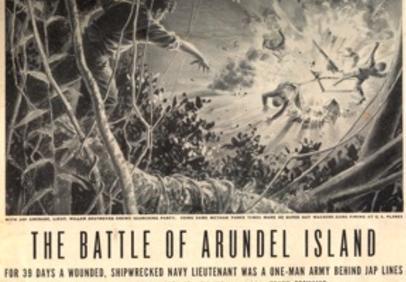 I thought I was Dying, but then I rallied...

Order the Book on Amazon